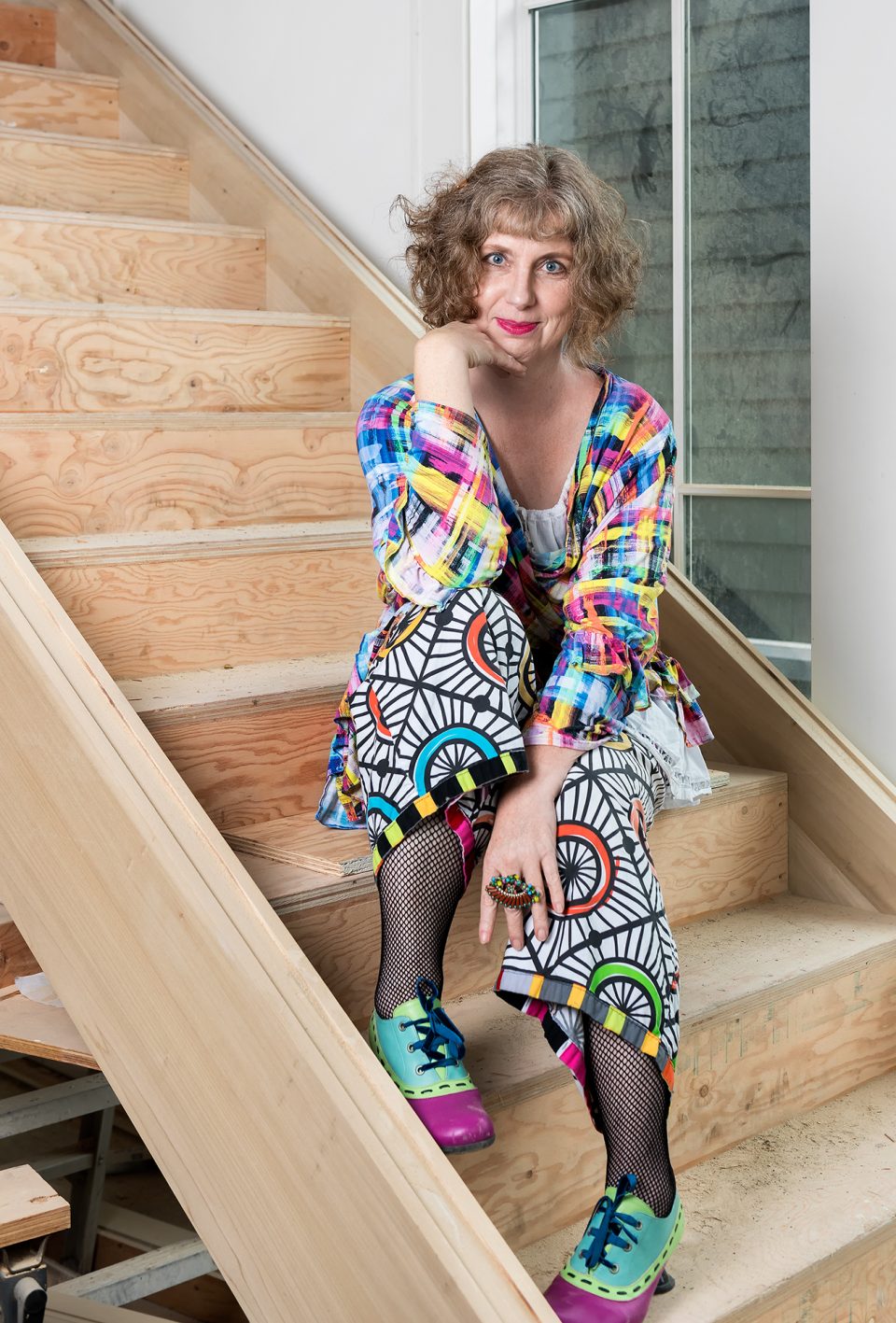 Creativity seems embedded in your DNA. Do you come from a creative family? I am the product of a dichotomous mix of an analytically-inclined chartered accountant father and a mother with a stifled artistic temperament. My maternal great-grandmother was a master milliner, while my paternal great-grandparents were chamber musicians from the Ore Mountains, who traveled Egypt and the Near East with their orchestra for many years while raising their family.

How did growing up in Germany impact your path to becoming an interior designer? Raised in one of the most picturesque small towns in Southern Germany, I was surrounded by Gothic and Renaissance art and architecture on a daily basis. While I originally gained a foothold in costume design, I subsequently trained as an interior architect, where I was heavily influenced by the Bauhaus tradition. My bohemian family background with its exotic influences, my rather Biedermeier-esque ‘higher-daughter’ upbringing with piano, horseback riding, and dance combined with my natural passion for all things ethnic, all attribute to my complex sense of style.

What are you currently working on? I really enjoy working on interior projects and am particularly thrilled to recently have the chance to design a number of houses in various architectural styles. The current ones under construction are a funky contemporary beach home on Cultus Lake, and a modern interpretation of a classic Rockland mansion, which includes a garden suite that had to incorporate heritage elements from the deconstructed original structure on the lot.

How do you marry your instinctive European design approach with a natural West Coast aesthetic? I am hoping to get involved in more architectural projects in the future and would particularly like to experiment with different interpretations of a modern West Coast aesthetic, as I loathe the cliché of many current contemporary homes. I am also eager to explore various traditional architectural styles along the lines of the late Victoria-based designer, Bruce Wilson.

What do you consider the greatest achievement of your career? Everything I create is a brainchild of mine, and as you know you’re not supposed to pick favourites amongst your creations… but often, it’s the most challenging designs that stand out as the most favoured.

You stand out as an out-of-the-box thinker. How does this approach translate to what you do for your clients? I seek a strong collaboration with my clients who typically yearn to learn how to express themselves three-dimensionally. I act as a creative editor, a resourceful curator, and an insightful mediator to develop an environment that truly represents my clients.

Would you say you have an identifiable style? I strive not to repeat myself in a recognizable look, and despite significant stylistic differences, my work has common denominators: a sense of calm and organization with efficient use of space, an emphasis on sightlines, great flow inside and out, evocative illumination, and a multi-faceted mix of materials and colours.

Tell us about The Sky is the Limit Design ambassador, Hieronymus Fish. Hieronymus Fish is our coat of arms-like mascot, whose namesake is 15th-century Dutch painter Hieronymus Bosch, known for his fantastical scenes filled with macabre creatures. Hieronymus is a compound creature of man, bird, and fish, and unites within him the elements of air, water, and earth, with a dose of good old-fashioned witty, gentlemanly humour.